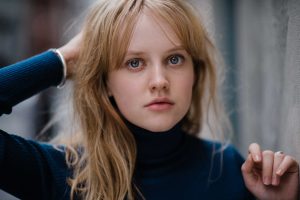 Markella Kavenagh Age, Bio, Boyfriend, Profile| Contact Details (Phone number, Instagram, IMDB)- Markella Kavenagh is an actress who played Nori Brandyfoot in the Prime series The Lord of the Rings: The Rings of Power. She also starred in the Australian supernatural thriller series The Gloaming and the Australian drama series Bad Behaviour. She appeared in other Australian series including Picnic at Hanging Rock and Romper Stomper. She appeared in the 2020 film My First Summer and the 2019 film True History of the Kelly Gang. She was also in series including My Life Is Murder and The Cry.